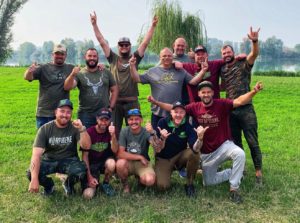 South African Anglers always view themselves less fortunate than their European counterparts simply because of the amazing fish sizes and incredible lush green overgrown lakes found in Europe. In 2017 while on tour in France filming with Frank Warwick I found out about a magical place in Italy that holds large numbers of absolute giant carp. Frank had told the story of a double up he had one morning with two 70 pounders. His stories opened my imagination to a whole new world of Carp fishing outside of South Africa. There are giants out there and we can actually go fish for them if we really wanted to. 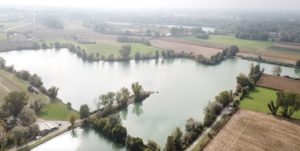 The Italian Jol tour was born out of a desire to make some of our local anglers’ carp dreams come true. We were 11 anglers from all over South Africa, who set out early October to go and conquer some big Italian carp. The group arrived in Venice with great anticipation for what would be the best week of fishing in every one of the angler’s lives. After a short 45 minute drive from the Airport we arrived at the famous Parco del Brenta gates. Like typical anglers all of us quickly walked to the water’s edge to greet this magnificent piece of water and take a quick peek into its clear blue water. That’s when the excitement really hit home. We were joined by 3 of our european friends, Toby and Dave from England, and Marco Tetteroo from Nash in Holland who only recently visited South Africa. 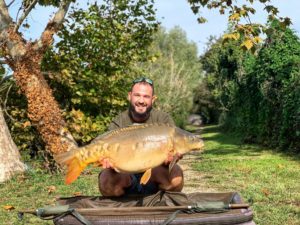 We did not want to waste anymore time and quickly did a peg draw to see where each angler will be fishing from. The deal we made amongst ourselves was that should one of us struggle to catch during the week, anyone could move into any open swim closer to where the fish were being caught. That way we could all have an equal chance of catching something amazing on this once in a lifetime adventure. The lake used to be an old quarry and is about the size of Donaldson bottom lake and has 22 swims scattered evenly around it. There were a few favourite areas one of which was swim 1 on the point which was almost a type of island running into the lake. Then there was Swim 7 (a double swim) which is right at the deepest end of the lake which was also quite favourable. The other favoured hot spots were in the smaller bay area around swim 17 and 18. 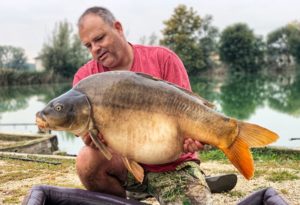 Everyone quickly got set up in their swims and by nightfall we were fishing. As we tucked into our beds that night the feeling of complete bliss coupled with excitement and anticipation filled our hearts. Around 9pm that first night Sean had the first action as he struck into a big fish which gave a very strange fight. He soon landed a creature that looked like a horror movie character, a Blue Catfish. Luckily it wasn’t long after releasing the catfish that Sean managed to bag the first Mirror carp for the trip. I woke up to a screaming run in the middle of the night and managed my first Italian carp as well. Both those first fish were around 12kg and was only a drop of what was to come the next day. 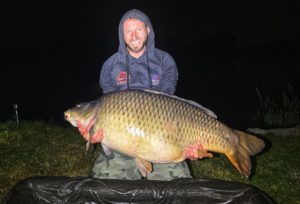 We were greeted on the first morning with the sun rising over the Italian alps and a blue lake surrounded by overhanging trees in their autumn colours. Then a fresh delivery of scrambled eggs and italian bacon for breakfast by Mauro on his scooter. Jaco in Peg 7 opened his account that morning with a very nice 42 pounder and by noon it was Arno’s turn on peg 18 who managed to land a big Mirror around the 40lb mark from right under the tree close in. That afternoon as the sun belted down on us Jaco had a huge common and mirror on peg 7 and Toby on peg 20 managed a new pb of 26.9kg. The action had kicked off properly. Ivan was next with a 23kg common and things were looking fantastic for the first day. I was lucky to get a stunning leather carp in my net at around 5pm and then came the phone call from Ivan on peg 7. The words “Ek het n monster!” on the other end of the line made me race around to his peg only to find Jaco fighting a fish with the sun setting in front of him while Ivan held the net and a retainer sling in the water. Jaco landed his fish safely and then it was time to reveal Ivan’s prize. His monster common pulled the scales right around stopping at 74lb! Which was 33.5kg! We could not believe what we were looking at. Ivan wrestled to hold his huge common for a few pics in the sunset and a well deserved water bucket for breaking his pb. 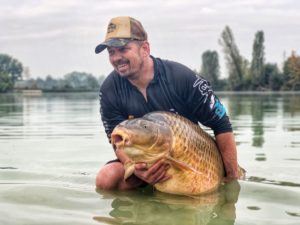 As the big common swam off a message came through on the whatsapp group. Arno is aan! I raced to the other side of the lake where Arno and Ruan were fishing and made it just in time to witness yet another giant carp. He had landed a chunky 27kg common from the same spot under the tree close in. This was a new pb for him and a water bucket was in order to celebrate this achievement. Early that evening Jaco managed to get yet another big common and it dawned on me that this was only monday and that we still had 6 days of fishing ahead of us. The action was far from over. 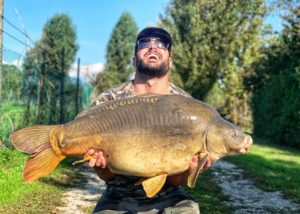 At midnight Bennie on peg 1 managed his first Italian Mirror and just as I tucked in for the night I heard Barry, who was 2 swims down from me on peg 14, give little victory shout. This was because he knew he had just landed his new pb. We weighed his long common and it pulled the scales to 25.9kg. An absolute brute of a fish. That was only day 1 – To read the full story click here 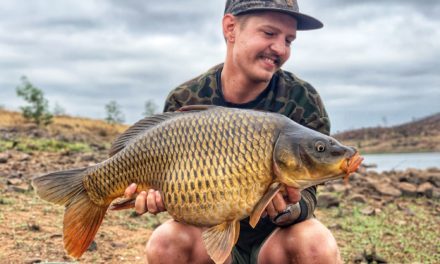 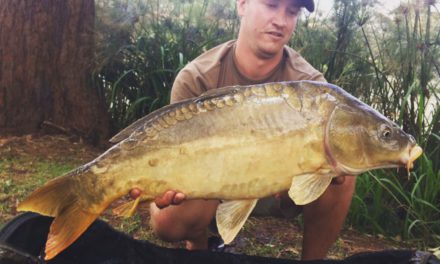 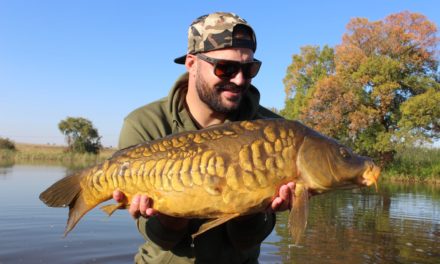 When they look like this, the size doesn’t matter. 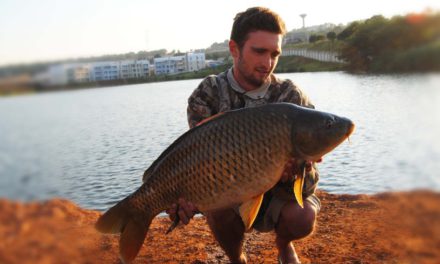