South Africa take on the World in Czech Republic

Every year a number of big international Carp Fishing Tournaments take place in Europe. One of these events is the World Carp Masters where South Africa has been taking part in since its inception in 2014. In 2018 the team headed out to Czech Republic which was to be the new and final venue for this tournament. Lake Orlik was the setting for the epic battle. 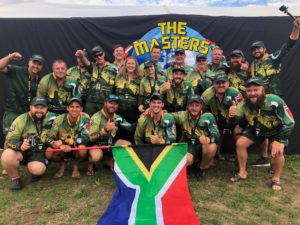 Teams from all over the world were represented at the 2018 event. SA came out in numbers with 8 teams entering the tournament. As was custom the opening day was filled with team sports events like the Strongest Carp Angler competition, casting comps and welcoming dinner. Pegs were drawn and it was time for the teams to head out. 4 out of the 8 teams drew swims in the Sonik zone which not only made it a very competitive zone but also a “gesellige” zone as some teams were pegged right next to each other. The 4 other teams were pegged out down river. 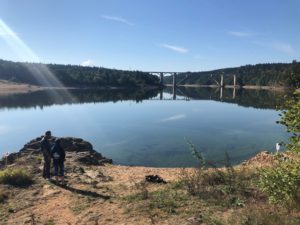 The first fish of the comp belonged to none other than Ruan Erasmus from team SA who were quickly getting into some fish. Having relatively shallow water in front of them they landed a few 7 to 10kg carp on the first day which placed them in 1st for a night or 2. They were very lucky as most swims had steep 20 – 40m drop off only about 20 meters out which meant that fish were either patrolling the close or far margins and there was little to work with. Some teams had to resort to fishing on rock ledges on the far side against the cliffs just to get some action. Fishing across a river system at 500m distance and placing a rig onto a 2m x 2m rock on the far cliffs proved to be extremely difficult but team SA still managed to bag a few decent carp. It was on the 2nd last night that rookies Molli and Wors, winners of the SA Carp Masters 2018, started to get some of the action. They were pegged smack in the middel of a long busy zone with teams stretched out to their left and to their right. They had a maximum of 20m depth in front of them overlooking a steep mountain of trees. But this water held some secrets of its own. 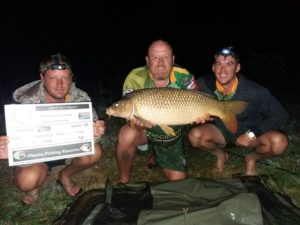 In the early hours of the final morning I received a phone call from Molli. She very calmly said that they may have a very nice weighing fish. I quickly rushed over to their peg (about 30min drive from where i slept) only to find that this couple had managed to pull a last minute miracle out the bag and landed a gigantic 19.1kg River monster. This fish was to be the biggest fish of the tournament and a new PB for Hannes “Wors” van der Merwe. The couple fished very hard and smart outwitting their neighbours 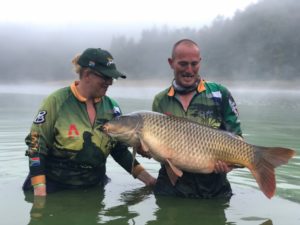 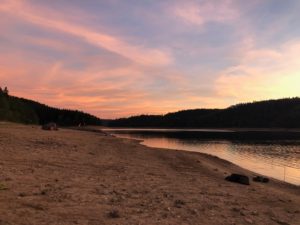 Overall Team SA performed very well and won 2 of the 5 zones, They won Biggest Fish and First Fish and also won the Strongest Carp Angler competition.
Unfortunately the World Carp Masters called it quits in 2018 which means the teams are off to conquer another tournament in 2019 – The World Carp Classic 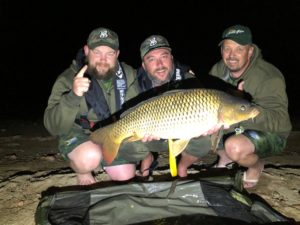 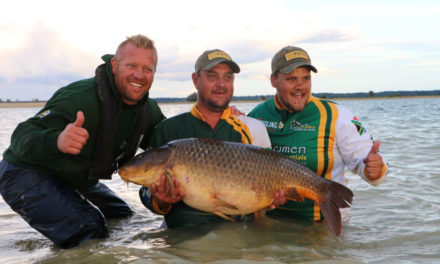 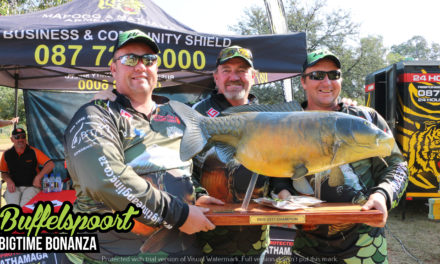 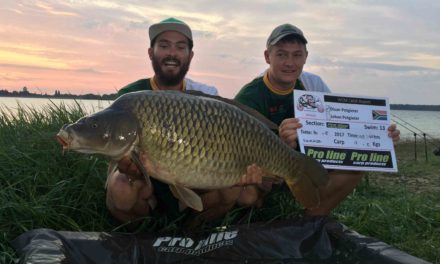 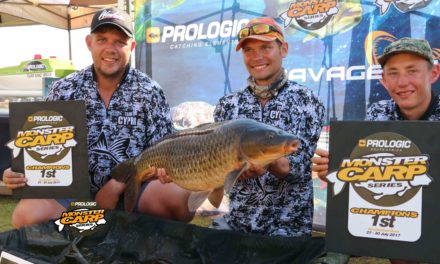