We recently had the surprise of a lifetime when we discovered a dam very close to home with some absolute beautiful carp. We had seen this dam from the road and always wondered what could be lurking inside until one day in March when we finally gained access to find out. We were so blessed when The Carp Angler Magazine decided to published the story and Alex’s stunning mirror even made it onto the cover. Get your copy now! Here is that story that was published 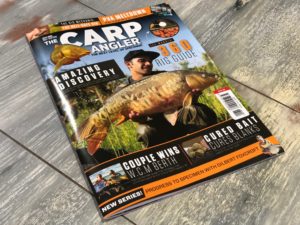 As a Carp Angler I’m always immediately drawn to any piece of water that may catch my eye whilst driving in my car. Whether it is passing over a small river system hoping to catch a glimpse of a splash or a ripple, or when driving past a dam in the distance and dreaming of the possibility of giant carp. There is just something about an unknown body of water that gets the imagination going and very few anglers get the opportunity to actually find out what lies beneath the surface.

This is a story of one such opportunity that presented itself and turned out to have an amazing carp surprise in store. Not far from where I live is a road that I often need to take which passes by a farm with a few small dams visible from the road. Every time I would drive past these dams and wonder if there might be any carp down there. It certainly looked very interesting from far but I was never convinced until one day. 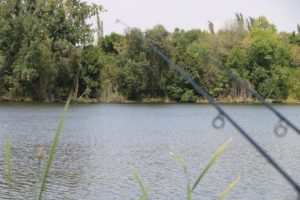 A good friend of mine invited me to join him for a day session at a farm dam that he managed to get access to. Little did I know that this was to be the very dam that I dreamed of fishing for so long. In the days before our session I tried to get some info on the dam to see if whether anyone has fished it before but couldn’t find anything online. The very thought of fishing there had me buzzing with excitement. So we armed ourselves with the basic carp food mix that we knew any carp would love, a mix of freshly cooked Tigernuts, Hemp and Maize. 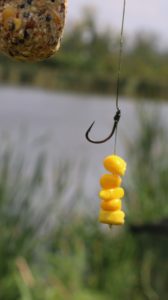 As the sun lifted its head over the hills that morning we found ourselves standing at the edge of what felt like a dream come true. We just knew that something special was about to happen. Looking across the water we could see a forest of overhanging trees, snags and an endless line of reeds to the right. Everything screamed CARP! But the movement on the surface looked suspiciously like barbel all over the place. We knew that we were probably going to encounter a lot of unwanted fish but our hopes were very high as we set up as quickly as possible. 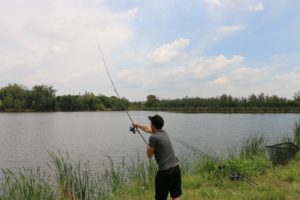 First up was the marker rod to feel the bottom and just to get a sense of the depth that we had in front of us. The depth we found was about 2 meters on which felt like river sand. Next up both of us spombed out about half a 5 litre bucket of our food mix over our spots and we were ready to start fishing. The hookbaits for the day were Mielie stingers and the ever faithful sweetcorn Tigernut with a fake maize coupled with a mieliebomb filled with particles attached to the lead. I also walked out a yellow popup to see if I cant get a pick up in the nearby margins.

About 1 hour later the first rod took off like a jet from a runway. We soon realised that the fish on the other end was not what we came for. After landing 2 monster barbel in quick succession we knew that this was probably going to be a tough dam to crack. But we were willing to fight through the barbel and if there were any carp around we were going to catch one!

Not long after that a slow take on Alex’s right hand rod, the hanger drops a few bleeps and then slowly lifts up. As Alex lifts the rod suddenly a big yellow splash over his spot, ITS A CARP!! The excitement overtook both of us and all we could think was – please dont lose it! Alex played the fish like a pro and soon we could see its scaly body turn in the water. The net was soon underneath it and what we saw was nothing less than miraculous. A huge light coloured scaley mirror carp was laying on the unhooking mat. We could not believe our eyes and it was high fives all around. 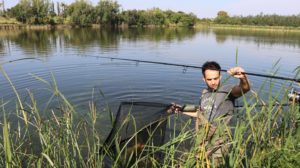 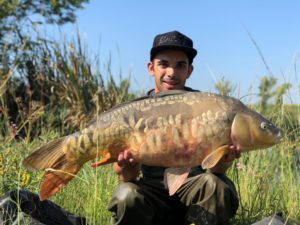 Our spirits we still very high as we waited for the next one, hoping and praying for another stunning carp. About an hour later one of the hangers drops again slowly, its stops and then suddenly lifts up. Im my books that means ” fish on” and I quickly lift the rod only to see the same yellow splash in the middel of the dam. Another Carp! I play the fish gently from the bank and soon could see its beautiful colours through the water. It had a row of scales on its back and I knew this was another stunning mirror. As the fish surrendered and turned its body into my net I saw its yellow belly and a definitive line of scales running through the middle of its body. What an amazing fish and what an adventure this day turned out to be. We took some photos and released the beautiful linear back into this incredible piece of water. Our minds were blown. 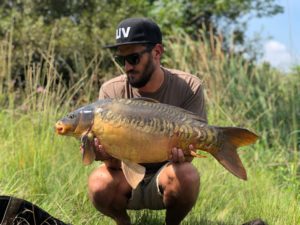 This was one of my favourite and most memorable day sessions i had ever had and proved to me that sometimes the waters we pass by may just as well hold the fish of a life time and the adventure of finding out is probably the most fun that any angler can have. 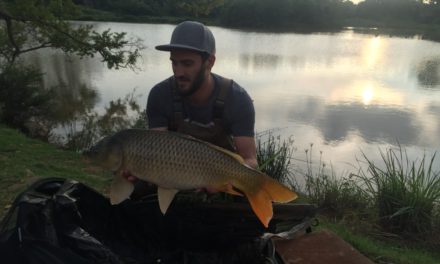 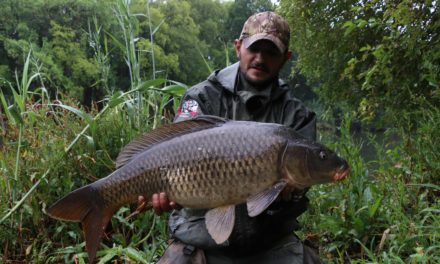 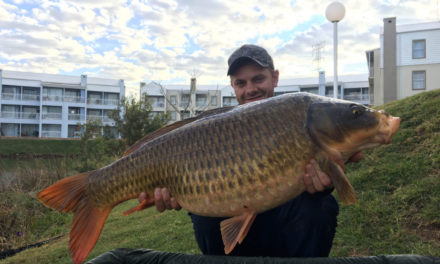 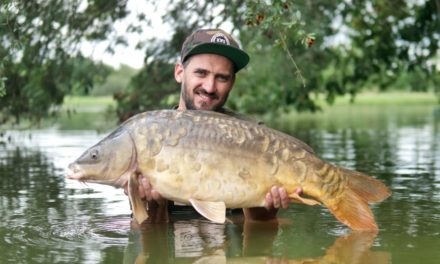