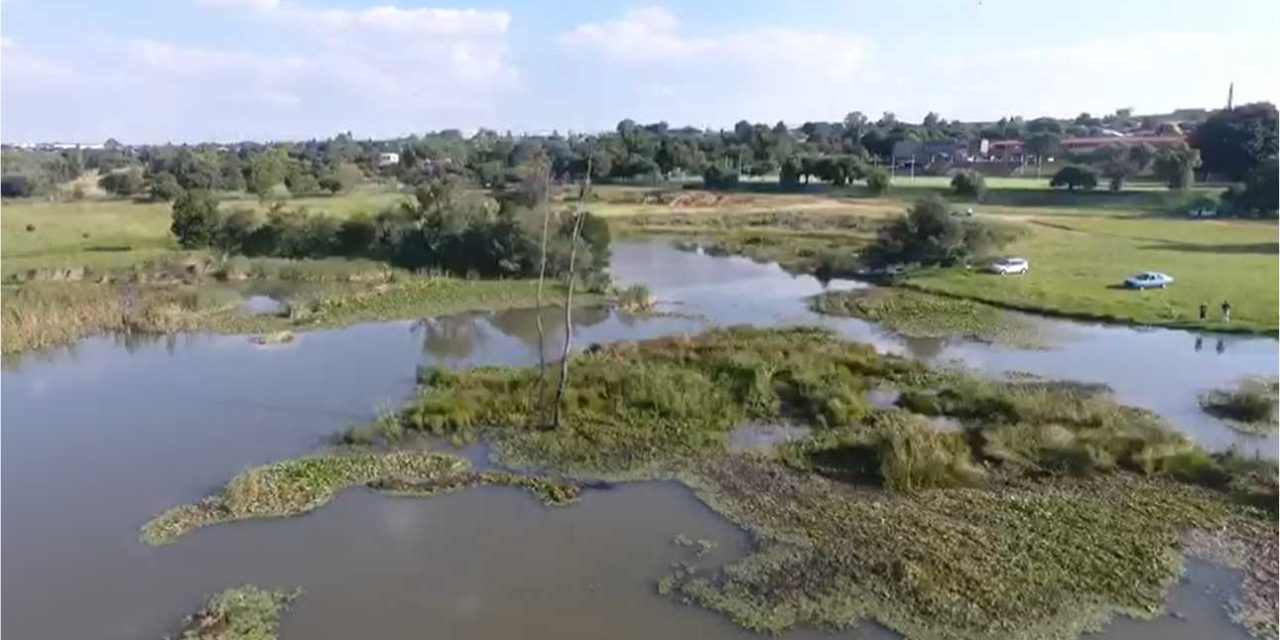 In the West Rand sits a very special park lake that have made many carp anglers’ dreams come true. Dreams of big leathery mirrors and hard fighting commons. This park is called Coronation Park. The park was originally build in 1902 after the South African War by local English speaking residents. There’s even talks of it being the exact location of a Concentration camp for Boer families in even earlier wars. The Centenary Dam was build in the 1980’s as just another recreational feature of the park and it is believed to have been stocked with carp shortly after being built. Since then it has become a well known location for specimen carp anglers who knew of its secrets.

This is a very difficult venue for most anglers new to this Park Dam. There were rumors of a 19kg common and 16kg mirror that have been caught at this venue (unconfirmed) but we can confirm that a 16.9kg Common and a 15kg mirror have been on the bank. This is a low stock venue, even though it’s being stocked every now and then by local anglers there are still lots of conventional anglers and homeless people catching fish to either sell or eat. Coronation Dam is mostly stocked with common carp but you have a good chance of catching a stunning mirror, a beautiful koi, and even some ghost carp. 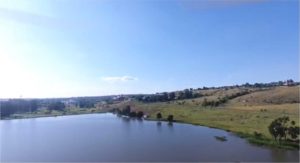 The Dam covers about 805 square meters in size with the deepest point being around 8m and average depth of between 3m and 4m. The Centenary Dam (Coronation Dam) sits on the eastern side of the park. The Dam gets it’s water  from a natural spring flowing down a small river. The Dam holds the options of both stunning open water and snag fishing compliments. Recently the lily pads in the one corner of the Dam moved out into open water due to heavy rain and it is unpredictable where they will be floating on your day of arrival. About 90% of the bottom is gravel, light silt at some swims and unfortunately you will find loads of broken bottles and waste at the waters edge. There are  nice and clear spots with green grass on the Southern side and more veld with wild grass banks on the Northern side. 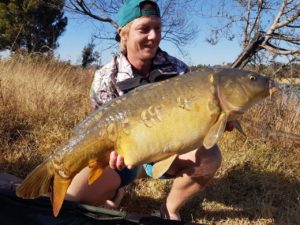 When targeting this venue it is best to take the time and find showing fish before fishing. It doesn’t have swims that are more favored than others so finding the fish is crucial. Season wise this Dam produces well at night in summer and early morning/late afternoon in winter time. When it comes to feeding, every angler that have fished it has had their own success with different methods, but we strongly recommend that you first find the fish and then feed lightly with a boilie pipe over your hook bait, using match the hatch method (using the same hook bait as the freebies).  Fishing towards snags like tree stumps and reeds are our go to tactic on weekend sessions when the Dam has lots of anglers and you are not able to move. When fishing on a open water swim, we would recommend fishing on the river bed which is around 10-11 wraps right in front of you. 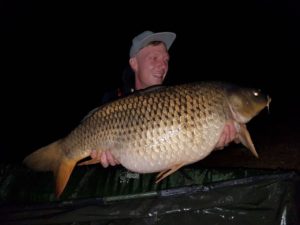 Coronation Dam is one of those venues where Boilies are highly recommended, but you can nick the odd fish with a tigernut or artificial maize.  Single hook baits have been the way to go for most anglers, using a normal Hair rig or Ronnie rig for popup presentations. Flavours that we would recommend are Fishy boilies or Banana flavoured pop-ups. Bait colour wise we would recommend using brown boilies and white,  yellow, pink or green popups. 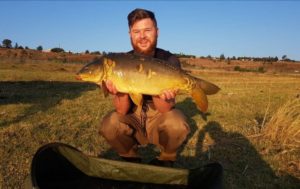 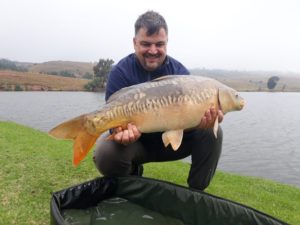 Please be aware this venue is HIGHLY DANGEROUS at the moment. The Park in recent years have unfortunately become known as a place for the homeless. Make sure you remain highly vigilant when fishing there. The municipality have since implemented a 6am to 6pm Curfew.  Which means there is a chance of being chased away by security or police after 18:00, due to safety issues.

There is no management of the dam which means its fished on a first come first serve basis. 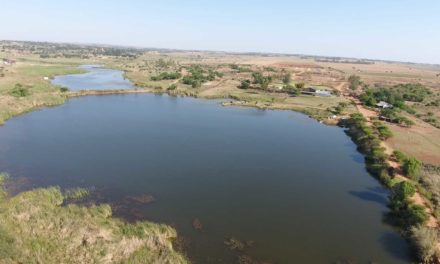 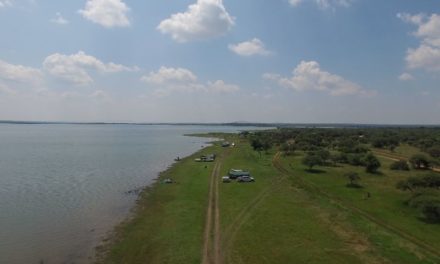 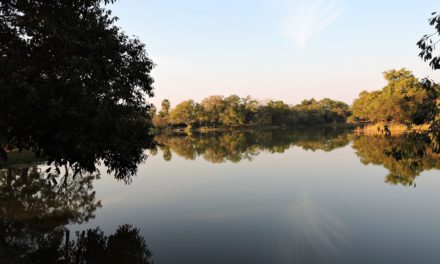 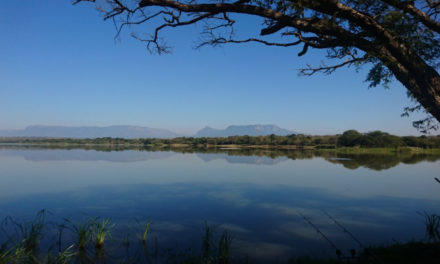